The Profile M RTA from Wotofo is a reconstructable atomizer in Mesh oriented flavor and vapor.

Wotofo's Profile M RTA has a very ingenious plate on which it is possible to install a mesh plate it is also the smallest mesh RTA it measures 27.8mm in height and 24 mm in diameter is the size of a Dripper! This RTA has a tray very easy to assemble and to cotton, it has an airflow adjustable from the top (so no leakage) and the filling will also be done from the top thanks to its sliding top cap!

the reservoir is 3.1ml for the flat pyrex and 4ml for the pyrex bubble (included in the pack)

This Profile M RTA will delight you with its flavors and its dense and creamy vapor.

Wotofo borders on perfection and we say Thank you! 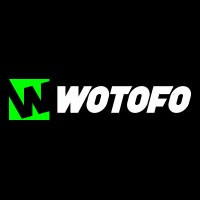 Here is the next generation of resistors, nexMESH. The...

Indulge yourself with a well buttered puff pastry that...

Let yourself be overwhelmed by the guilty pleasure of this...

Adapter for Voopoo Drag S/X 510 connector with pin on...

This is the next generation of mesh coils, nexMESH.NexMESH...